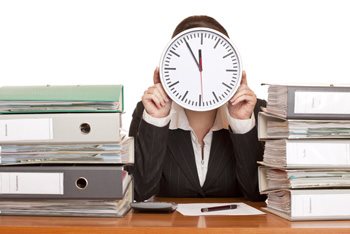 • Overtime is defined as the amount of time an employee works beyond their scheduled normal working hours. The term “normal hours” is determined in several ways: custom (considered healthy or reasonable by society), practices of a given profession or trade, laws instituted by a particular governmental agency, or based on an agreement between an employer and their respective workers.

• The majority of countries possess overtime laws which are designed to dissuade employers from exploiting their workers through the institution of unfeasible working hours. The laws that regulate overtime and business hours take into account a number of considerations such as preserving the mental and physical health of workers, levels of productivity, or macroeconomic issues such as increasing the employment rates of a particular economy.

• A common approach to regulating overtime hours is to require corporations to pay their workers at a higher hourly rate for additional hours spent working. An employer may choose to pay workers a higher rate for overtime work if not obliged to do so by law, particularly if they believe that increased pay will proportionately increase the businesses productivity.

• Overtime pay, as a result of their increased wage rates, may encourage workers to work beyond their traditional hours.

• In the United States, the Fair Labor Standards Act is the piece of legislation that primarily governs overtime pay rate. The laws in this particular piece of legislation apply to all employees in industries, which are engaged in, or produce goods for, interstate commerce.

• The legislation creates two broad categories for employees: those who are “exempt” from the regulations and those who are “non-exempt.” Under Federal Law, employers are not required to pay exempt employees the overtime rate but must do so for all employees who fall under the “non-exempt” status of work.

• Workers who are exempt from the regulation include: types of administrative, professional, and executive employees. Attached to these occupations are three tests that will constitute whether the employee is exempt or not. The tests revolve around salary basis, salary level, and the individual’s particular duties. The majority of individuals who are paid through an hourly wage rate are entitled to seek overtime payments through their employer.