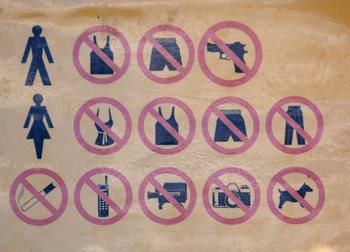 What is Discrimination?
•    In sociology, discrimination refers to any prejudicial treatment of an individual based solely on their characteristics or membership of a particular classification or category. Discrimination is the tangible behavior towards members of a group; the action involves the direct exclusion or mistreatment of a group of individuals for basic differences such as gender, race, religion, ethnicity, or sexual orientation.

•    There are many forms of discrimination, but each action directly impedes a group or individual from obtaining a certain opportunity or privilege. The most common discriminatory actions are precipitated by differences in: age, gender, ethnicity, race, gender, and sexual orientation.

Employment Discrimination
•    Employment discrimination refers to the direct disablement of certain people to apply and receive jobs based on their age, race, gender, religion, sexual orientation, or disability.

•    Employment discrimination, due to the implementation of various laws, has decreased tremendously over the years. In modern times, every employer is required to treat all different types of people equally and award them the same opportunities in regards to employment and the right to earn an income.

•    The Americans with Disabilities Act of 1990 protects those individuals with physical and mental disability from discrimination at the hands of employers.

•    Any employer who violates these laws, meaning any employer who blatantly discriminates a candidate from interviewing or obtaining employment based on their race, religious beliefs, ethnicity, disability, sexual orientation, or gender is susceptible to serious federal charges. The act of impeding an individual from obtaining an opportunity that is given to the general majority because of an inherent or genetic difference is illegal in the United States of America. If you or a loved one has been mistreated or held down because of an inherent or genetic difference, you have the right to seek a financial settlement and justice through the United States’ court system.

•    The Federal Laws that protect an individual from discriminatory actions are a fundamental aspect of American culture and American law. The laws in the aforementioned legislation bolster and adhering to the principals outlined in the United States’ Constitution. Every American citizen, regardless of religious creed, race, gender, sexual orientation, or disability has the right to benefit from their basic freedoms and liberties. Impeding these individuals from the obtainment of these rights is a direct violation of American law and constitutional freedoms.