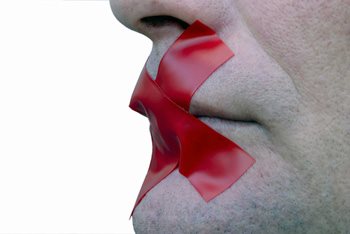 What is a Whistleblower?

• A whistleblower is any individual who raises a concern about an alleged crime or wrongdoing that is present in an organization, a company, or any body of people. In most instances, a whistleblower is a person who is in some way a part of the body that is being accused or revealed. The alleged conduct which is being brought to light may be classified in a number of ways; typically a violation of a specific law, rule, regulation, or a direct threat to the greater public interest (such as health/safety violations, fraud, or corruption) is the primary reason an individual would partake in whistleblowing.

• A whistleblower is defined as any person who reveals to a public entity or official the illegal or harmful actions of a larger entity. With that in mind, the delivery of their statements fluctuates; a whistleblower make their allegations internally (to other people within the accused organization) or externally (informing law enforcement agencies, the media, or government agencies to the concerned issues.)

• Although the means in which they release their information are varied, the majority of whistleblowers will reveal certain allegations internally. A whistleblower will typically report misconduct to a fellow employee or superior within the particular organization.

• The glaring issue that arises with all whistleblowing cases is why and under what set of circumstances will an individual act to prevent the delivery of illegal actions. Typically whistleblowers will take action when the unacceptable behavior is reaching a tipping point that usually concerns the infiltration of complaint systems that yield not just options dictated by the control and planning of the organization, but instead a choice for individuals, including an option that offers the whistleblower complete confidentiality. As a result of this characteristic, the primary impediment that prevents a whistleblower from revealing illegal conduct is the thought of retaliation on the part of the alleged organization.

• The majority of laws associated with whistleblowing attach particular conduct with protection for the employee. If the allegations are proven and they are severe, meaning they are illegal or directly harm public safety, the individual who blew the whistle will be protected from all retaliatory actions undertaken by the corporation or organization.