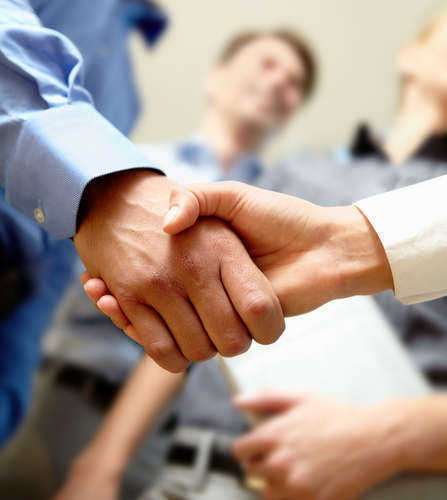 The Employee Free Choice Act 2010 was a bill that was introduced into both the House and the Senate of the United States Congress on March 10, 2009. The point of the bull was to fix the National Labor Relations Act in order to create an effective system to allow employees to join, form, or help labor organizations, and to allow for mandatory sanctions in response to unfair labor practices during efforts to organize, or other reasons.

If the bill for the Employee Free Choice Act 2010 had passed, it would have permitted a union to gain a certification as the authorized union to negotiate with an employer if the union officials gather signatures of the majority of the workers. The Employee Free Choice Act would have removed the current right of the employer to request a supplementary, distinct ballot where more than half of the employees have given their signatures already supporting the union.

The second implication of the Employee Free Choice Act 2010was that employers and unions would be required to go into binding arbitration in order to produce a combined agreement before 120 days after a union has gained. Lastly, the Employee Free Choice Act would have enlarged the penalties on employers who show discrimination against workers that are involved in a union.

The Employee Free Choice Act 2010 would have revised the National Labor Relations Act in three main ways. The first way was through section 2 of the act or “Streamlining union certification”, which would have gotten rid of the need for another ballot that is used to get an employer recognize the union, only if most workers have signed cards stating their wish to be a part of the union. The reason for the recognition of the union is for the purpose of having exclusive collective bargaining with the employer.

Currently, the National Labor Relations Act states that after at least 30 percent of employees wish to have union representation, a second separate secret ballot is then held to authorize that the common opinion of employees is to have union representation. This ballot only occurs if there is a question of employee representation, or if the results are contested. Undisputed union petitions that have both the employer and employees agree do not need any further election. In practice, the card check results usually are not shown to the employer until at least 50 or 60 percent of the bargaining-unit employees have presented cards with signatures.

Furthermore, even if all employees have signed cards stating their preference for union representation, an employer may request a secret ballot, and deny any negotiations until a ballot is held. The result of section 2 of the employee free choice act summary would have eliminated the further requirement to authorize the union can represent the employees with this additional ballot.  The act would have resulted in an employer being unable to demand a second secret ballot after a majority had already placed their names on the cards indicating the wish to have union representation.  Section 2 of the Employee free choice act summary continued on to let the National Labor Relations Board draw up more specified and detailed regulations regarding inaccuracy of the procedure to recognize the majority.

Section 3 of the Employee Free Choice Act 2010 is the Section for facilitating initial collective bargaining agreements. This portion of the bill provides that a union may require an employer to start negotiations for the purpose of a collective agreement within 10 days after a union is certified. If both the union and the employer cannot reach an agreement within the first 90 days, either party can take the dispute up to the Federal Mediation and Conciliation Service, the organization that gives mediation for free.

If the Federal Mediation and Conciliation Service is unable to get the parties to agree after giving 30 days of mediation services for the dispute, the dispute is then moved from the Federal Mediation and Conciliation Service and referred to arbitration. The arbitration results are then the binding agreement for the parties and shall last for two years. Both the employer and the union can agree to extend the time limits or deadlines on the agreement.

Section 4-A of the Bill is the strengthening enforcement section and works to make the National Labor Relations Board look for injunctions against any employer who discriminates against his own employees who put efforts into union organization. The bill particularly allows for an injunction whenever a given allegation is proven, meaning that an employer has discharged or threatened to or has discriminated against a given employee who looked for union representation. An injunction is also possible if the employer took part in any unfair labor practices that result in restrained rights under Section 7 of the National Labor Relations Board.

Presently, these kinds of federal court injunctions are obligatory only for violations done by unions. There are no equivalent remedies for unlawful acts that are committed by employers who violate workers’ rights.

Section 4-B of the Employee Free Choice Act Summary works to heighten penalties for any employer who violates the law. The amount of fines an employer is obligated to pay when one of his or her employees are illegally discriminated against or discharged after or during a campaign or first contract drive is twice the back pay as the liquidated damages as well as the original back pay owed.

Currently, damages by the employer are limited to just back pay, or any wages that are earned by an employee in the case they are hired by another employer. There would not be a provision for punitive or compensatory damages. Lastly, the Employee Free Choice Act summary works to provide for civil fines of a maximum value of $20,000 per individual violation against an employer who has been found to have repeatedly or willfully violated the rights of an employee during a first contract drive or campaign organization. There are currently no civil fines in response to these violations.

While many organizations and supporters were behind the Employee Free Choice Act 2010, there were many proponents who were strongly opposed to the act. There were many different reasons for this.

Under the Employee Free Choice Act 2010, once organizers accumulate signed cards from most employees, all the company's workers would have to join the union without any secondary vote vote. This removes the workers’ right to vote as well as their right to privacy. Both the employer and the union would know which workers exactly wish to join the union, leaving those who do not vulnerable to intimidation and threats.

Workers themselves often disagree with union activists who try to speak for them. A majority of union members feel that secret-ballot elections are a fair process and should not be exchanged with the card check.

The Employers Free Choice Act also would force newly organized unions and employers into binding arbitration if some sort of collective bargaining agreement is not able to be reached within 90 days. This provision may be seen as a forceful effort that may place private firms into a risky procedure that does not work well in the private sector.

Binding arbitration puts control of employment conditions and wages under the power of government officials. Arbitrators often do not have enough knowledge of the competitive truths that firms deal with as well as a lack of expertise in creating the business contracts on which employers and workers rely heavily on. A ruling by an arbitrator would be final and workers would be unable to appeal a decision that may result in too little pay or bankruptcy.

The last section of the Employee Free Choice Act 2010 would raise penalties on employers while keeping the ones placed on unions constant. Unions can also be charged with making threats, coercion, intimidation, and coercion and thus this act may hurt employers by intimidating them into silence during campaign organization.