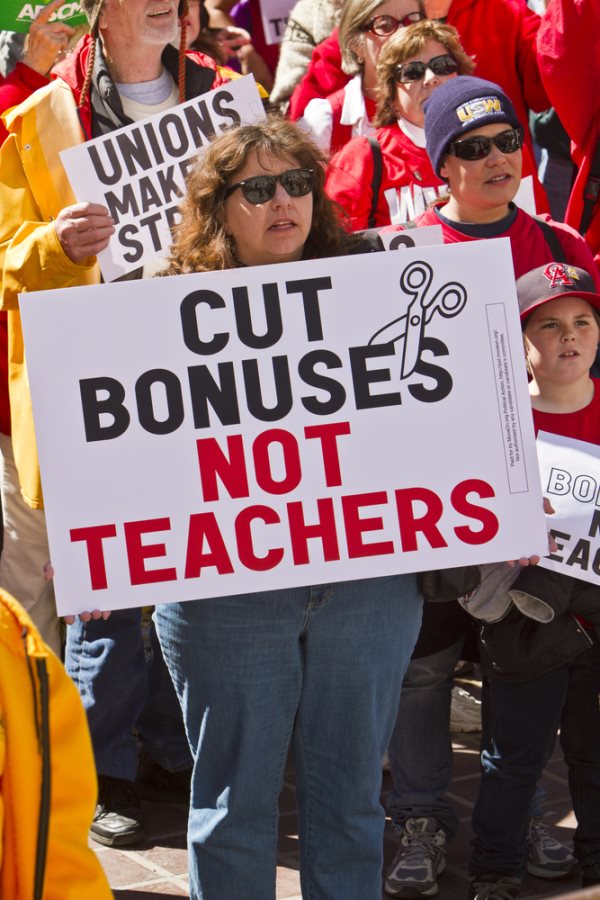 Tallahassee—A circuit judge harshly questioned fundamental elements of Florida’s decision to force state workers to pay 3 percent of their annual salaries for retirement costs, raising the prospect that the new law could be deemed unconstitutional.
Jackie Fulford, the Leon County Circuit Judge presiding over the case, left her seat on the bench this week to closely examine a courtroom chart depicting how worker’s retirement benefits would be affected by the implementation of a new law that would require public employees to contribute a portion of their pay to the state’s pension plan.
The law, which affects teachers, state workers and county employees, would also end a cost-of-living adjustment for future retirees.
Lawyers for the state of Florida defended the law—which potentially could save the state and its local governments more than 1 billion dollars—as the government’s right to manage the state’s finances by altering prospective pension benefits for public employees. Governor Rick Scott, who pushed for a 5% contribution, signed the bill into law earlier this year.
Judge Fulford questions whether the law, by requiring current state workers to pay percent of their salary to the fund, violates the “contract” between the state workers and their employers. Fulford has given no indication when she would render a decision on the case.