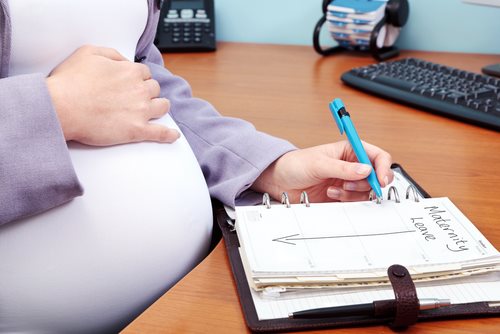 After having a complicated pregnancy and revealing that she was a lesbian among her coworkers, a woman says that Mars Chocolate North America fired her based on her sexual orientation and being a pregnant woman.  The woman, Theresa Kwiecinski, is suing in New Jersey Superior Court after experiencing what she says was discriminatory conduct prohibited by the state's anti-discrimination laws protecting women and lesbians.

Kwiecinski, who worked in the external manufacturing division of Mars Chocolate as a commercial manager, had good performance reviews with no complaints at the time when a new supervisor was hired.  At around the same time a new supervisor began to supervise Kwiecinski, she began to suffer from pregnancy complications that disabled her and made it impossible for her to continue working in her regular capacity.

As part of her normal job duties, Kwiecinski needed to go on business travel trips from time to time.  However, according to the complaint, she had asked her supervisors to limit the amount of travel she would do during pregnancy, as she was pregnant through fertility treatments and wanted to do everything possible to minimize the risk of losing the pregnancy.

While her initial supervisor had been understanding about these requirements for travel restrictions, Kwiecinski alleges that her new supervisor responded with swift retaliation.  She was given a negative performance review without cause, according to the complaint, and when her pregnancy's risk escalated, she found herself hospitalized and unable to work.  Another negative performance review followed—according to the review, she had not done enough to “prepare” for her leave when she had to be hospitalized unexpectedly for weeks during her pregnancy.

As a result of these two negative performance reviews, which were negative due to circumstances Kwiecinski claims were unavoidable due to her complicated pregnancy, she was placed on a performance improvement plan.  In her workplace, these tended to be difficult or impossible to satisfy, and were considered a slow but sure way to fire an employee.  At the time when she was terminated in late 2011, her coworkers had recently learned that she had a lesbian partner when she introduced her partner and son to them at a conference in Florida.

This conference, which happened in March, coincided with a swift change in how Kwiecinski's coworkers treated her, according to the complaint.  Both sexual orientation and pregnancy are protected classes under New Jersey's employment laws.