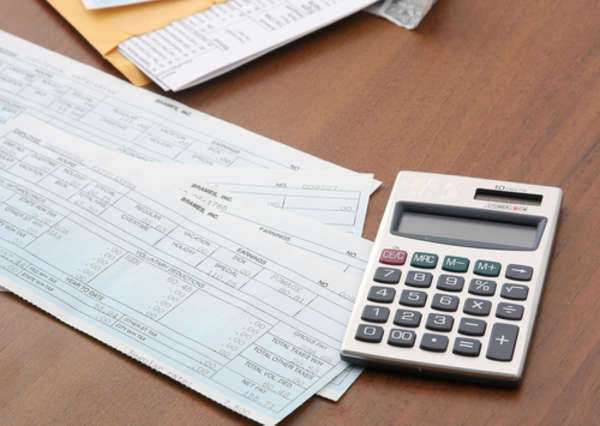 Most individuals, especially those that are fresh out of college and newly employed, receive their first paycheck thinking that it will contain a large sum of money only to find that their income is greatly diminished due to taxes, deductions, and other expenses associated with employment.  By using a paycheck calculator employees, and self-employed, individuals can predetermine how much their net income will be so that they may plan accordingly.

A paycheck calculator, also known as a salary calculator, is a great tool to help plan for savings and create cost of living calculators.  By using a salary calculator you can better plan your expenses instead of thinking that you will be able to cover a certain amount of expenses through your paycheck only to find out that your net income is less than you expected.

Salary calculators range from the very basic to the very complex.  There are programs that employers can purchase to help them with a paycheck calculator that will include all possible deductions, taxes, etc.  A salary calculator should be altered depending on the status of the employee.  The amount and number of taxes and deductions will be different depending on whether an employee works on salary, hourly, commission, or self-employed.

What are tax deductions and tax credits in paycheck calculators?

When using paycheck calculators to determine your salary you will want to be familiar with some terminology.

The first thing you will want to be aware of is the opportunity to lower your tax base through the use of tax deductions and credits.  A tax deduction is a government approved reduction in your gross income.  Tax deductions are the way for the federal and state governments to promote beneficial actions amongst its citizens.  One of the most prevalent forms of tax deduction is a retirement fund.  In retirement funds the federal government allows the employee to distribute up to 3% of his, or her income into a retirement program before calculating a gross income.  This means that if you make $100,000 a year then you will be permitted to reduce your taxable income by $3,000 by putting that money in a retirement account.  The benefit in doing this is that you will not be taxed on that $3,000.  There are limits to a the deductions allocated in a 401k retirement plan.  You are permitted a maximum amount of $16,500 per year in deductions due to your retirement plan;  an extra $5500 will be allowed if you are over 50 years of age.  This is called the “catch up” period.  If you are in the 28% tax bracket that means that you will save $840 in taxes for that year.  Under the United States Tax Code, benefits that for dependents will be included in pre-tax deductions but those portions of the benefits that are allocated to non-qualified dependents will be calculated after tax..

A tax credit will is when the government, federal or state, allows you to deduct a certain amount of money after computing your taxable income.  For example, if , after calculating your income you find that you are paying $5,000 for taxes for that given year a tax credit of $1,000 will reduce your tax liability to $4,000.  Tax credits, like deductions, are an incentive that the government gives individuals to promote specific behavior such as donating used vehicles, etc.

The first thing that is done when using salary calculators is that your employer will take out any pre-tax deductions that are permitted through the United States Tax Code.  These deductions include qualified retirement plans such as a 401k plan, pre-tax health care plans, 529 college savings plans, and cafeteria benefits.

Once you determine the amount that you will be deducting, pre-tax, from your paycheck you will want to determine your federal and state taxes.   Income taxes in the United States are a progressive tax.  This means that as your income increases the amount of tax you will pay will increase once your income surpasses a certain threshold.  In addition to paying federal taxes on your gross income, after pre-tax deductions, you will also have to pay state taxes on your gross income, after pre-tax deductions and before calculating federal taxes.  You should search your states tax laws to find out the nature of the taxes that are involved with that state.  Your state may also permit other pre-tax deductions in addition to the federal deductions.

Below is the percentage that each individual will be taxed, using a paycheck calculator.  The tax rate differs for married couples who file jointly.

What this means is that the federal government will tax your paycheck, based on the amount you are expected to earn over the course of the tax year.  For example, if you make $10,000 in gross income, after pre-tax deductions, the federal government will assume that you will make $120,000 in that year.  By following the tax brackets above you will be able to determine the amount of federal taxes that you will pay in that monthly paycheck.  The salary calculator should look like this.

This will give you an estimated yearly federal tax of  $26,832

if you divide this by your the amount of paychecks you receive (12) you will have monthly federal taxes of $2,237

This paycheck calculator only factor in the federal tax.  In addition you will be required to pay state tax.  In this example you will want to take the $120,000 yearly income, and perform the same calculations with the state taxes.  Once that is concluded you will add the federal tax for the paycheck with the state tax.  This will be your total tax liability for that paycheck. The income tax in the united states is a withholding tax.  This means that the government will charge you taxes base on the W-4 that you filed with your employer.  Based on what the government believes that your income will be it will tax you accordingly.  If your income changes over the course of the year you may be entitled to a refund on your year end tax return.

After reducing your tax liability through pre-tax deductions and reducing your state and federal income tax you will be subjected to standard taxes to cover the costs of social security and medicare.  The federal tax for social security is currently fixed at 6.2% of your income.  The federal tax for medicare is at 4.2% of your income.  By using the paycheck calculator you should deduct these amounts from your gross income, after taking out pr-tax deductions to come to your fixed tax for these social programs.

These are the basic calculations used in a paycheck calculator but their can be more depending on your own individual situation.  After all the calculations outlined above you may also have money taken out for certain things such as garnishment; union dues; etc.

Once this is done with the salary calculators you will be left with the amount that should be expected in your paycheck.  By using the previous example and adding these additions your salary calculator should look like this.

This paycheck calculator may seem unfair, and often is argued as such, to the taxpayer.  The most important tool that Congress has in making policy is through the tax code.  The paycheck calculator determines what your current paycheck will look like at this moment.  The tax code is constantly changing and the federal, and state, governments make alterations to the code on a yearly basis.  Your salary calculator should be adjusted yearly to assess changes in the United States Tax Code.

The salary calculator for hourly employees is essentially the same as the paycheck calculator for salaried employees with a few exceptions.  Hourly employees are paid on an hourly basis.  This is based on a 40 hour work week.  When an employee works more than this they are required to get paid time and a half.  This means that if an employee works 60 hours in a given work week at $10 per hour then that employee will be paid $400 for the initial 40 hours of work with additional $300 for the extra 20 hours of overtime.  This has significant consequences in the paycheck calculator because the amount of time worked will vary over the course of paycheck to paycheck and thus you will not be able to rely on the results of a paycheck calculator for one month to be the same as another.  By being an hourly employee you can alter your tax situation from paycheck to paycheck.

At the end of the year every working member of the United States is required to file a tax return with the state and federal government.  One of the reasons why this is done is to adjust tax liabilities based on the total income for the year.  The individuals who are entitled to refunds, without delving into tax shelters and complicated tax policies, are those who work on an hourly basis, seasonal, and part time.  When you have taxes taken out of your paycheck through a salary calculator it is based on that amount being your standard income for the year.  If you work 6 months of the year and are unemployed the rest of the year you will most likely get a refund on your taxes to adjust for your total yearly income, which is proportionally less than that which the government assumed by your W-4.

Individuals who change jobs or get raises over the course of a tax year will most likley have to pay additional taxes.  By getting an increase in salary you are essentially increasing your tax liability and at the end of the year you will be obligated to account for the difference.