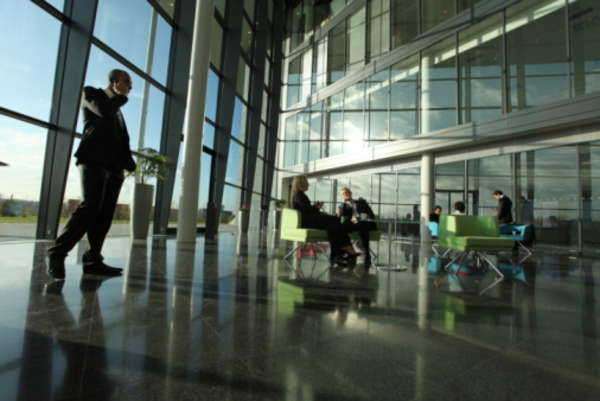 The Wagner Act of 1935, also known as the National Labor Relations Act, was enacted to protect workers from interference, by industry, in their involvement with unions.  It also restricted the ways that employers could interfere and react to labor practices in the private sector, including collective bargaining, labor unions, and striking.

The National Industrial Recovery Act of 1933

The Wagner Act of 1935 came, in large part due to the failure of the National Industrial Recovery Act (NIRA) of 1933.  The NIRA was drafted an attempt to quell the effects of the Great Depression.  Its major component included the suspension of Anti-trust laws and a support of the alliance of industries.  Companies were required to establish industry wide "codes of fair competition" that fixed prices, wages and established quotas on the production of goods.  In addition, employees were given collective bargaining rights and could not be required to abstain from joining a labor organization.  The NIRA was heralded by Labor organizers as the "Magna Carta" for workers.

The NIRA was largely unsuccessful.  Industrialists resisted the efforts of labor to unionize and industry hired workers who were opposed to unions.  The ERPs (Employee Representation Plans) were largely drafted by industry attorneys and management was involved with almost every aspect of the Labor process.  Management was highly involved in monitoring the Labor process, in many cases having a checklist of those employees who were in labor unions and those who were not; as well as taking employees to polling places to vote for labor issues, all the time being coerced to vote a certain way.  The NIRA was criticized for its lack of involvement in the Labor process and many felt, and rightly so, that without a government agency to enforce labor rights then they were essentially non-existent.  By putting management in charge it was literally putting the fox in charge of the chicken coup.  The dismay over the NIRA resulted in frequent, and often, violent striking throughout the nation, with 3 people being killed during a strike in San Francisco.

Over the course of 1934 over 500 "codes" were drafted and the federal government established the National Recovery Administration (NRA) to enforce these codes.  The NIRA was criticized by all of those involved.  The businessmen insisted on have guaranteed profits associated with their involvement and labor unions were disappointed that the collective bargaining process; that was promised in the NIRA, never came to fruition.  As a result of the NIRA prices actually increased and the economy sunk further into the Great Depression.

Before the NIRA had a chance to influence the economy it was found unconstitutional by the Supreme Court.  In the Supreme Court case of Schechter Poultry Corp. v. United States the Justices found that the NIRA, and the NRA, were an unconstitutional delegation of powers.  In their unanimous decision the Court found that the NRA improperly delegated legislative powers to the President.

The National Labor Relations Act of 1935

In a large part The Wagner Act (National Labor Relations Act) stemmed directly from the unconstitutionality of the NIRA and the mounting civil unrest associated with striking workers.  In 1935 Senator Robert Wagner, from New York, introduced the bill and it was subsequently signed into law by President Franklin Roosevelt.

The main purpose of the bill was to guarantee workers "the right to self-organization, to form, join, or assist labor organizations, to bargain collectively through representatives of their own choosing, and to engage in concerted activities for the purpose of collective bargaining or other mutual aid and protection."   The Wagner Act, however, did not protect all workers.  The Wagner Act specifically excludes railroad workers, government employees and a few other professions mainly due to the idea that their functions are essential to the function of the country and strikes would be detrimental to the country, especially in the Great Depression.

The National Labor Relations Act consisted of 5 provisions, all of which were written to increase worker rights:

1. The prohibition of management, or any other, to interfere, restrain or coerce employees in their rights of freedom of association, mutual aid or protection, self-organization, to form, join, or assist labor organizations, to bargain collectively for wages and working conditions through representatives of their own choosing, and to engage in other protected concerted activities with or without a union.

2. "Dominating" or interfering with the formation or administration of any labor organization.

3. Discriminating against employees to encourage or discourage acts of support for a labor organization.

4. Discriminating against employees who file charges or testify

5. Refusing to bargain collectively with the representative of the employer's employees

The final paragraph of the NLRA summed up the entire reasoning behind it and the encompassing principles to:

Encourage "the practice and procedure of collective bargaining and by

protecting the exercise by workers of full freedom of association, self

organization, and designation of representatives of their own choosing,

for the purpose of negotiating the terms and conditions of their

employment or other mutual aid or protection."

The Wagner Act attempted to correct the problems associated with previous attempt at Labor relations, specifically the NIRA.  One of the essential problems with the NIRA, aside from its unconstitutionality, was the lack of enforcement behind the Act.  In order to deal with this problem the Wagner Act included a provision for the creation of the National Labor Relations Board.

The National Labor Relations Board

The National Labor Relations Board was instituted to have government over site of the collective bargaining process.  Its goals are to arbitrate deadlocked labor-management disputed, guarantee union elections and penalize unfair labor practices by industry.  The National Labor Relations Board insured that voting in, and for, labor relations was a private matter that management could not interfere with.

Although the Wagner Act did not specifically mention any direct reasons for the creation of the NLRB there were a number of issues that the NLRB was designed address.  First, it was widely believed that that the federal court system was too overwhelmed, and had little experience, in order to deal with labor issues.  It was also believed that the court system would not be a strong advocate for the enforcement of Labor rights.  Thirdly, Congress noted that many issues involving labor polices could not be agreed upon by those currently in the government.  For that reason it was believed that an administrative body, designed solely to deal with labor issues, would be the best way to deal with developing policy.

The case centered on Jones & Laughlin Steel Corp., the country's largest steel producer, and its unfair labor practices.  Jones & Laughlin were charged with violating the Wagner Act after the firing of employees due to their involvement with labor organizations.  The case was brought to the NLRB and Jones & Laughlin were found to have violated the Act.  In response Jones & Laughlin refused to comply with the judgment of the NLRB, they argued that the decision could not be enforced because the steel corporation involved only intrastate commerce and was therefore not subject to the ruling.

After a trial court ruled against the NLRB the case made its way to the Supreme Court in 1937.  The result of the case was that the Court found that there was a federal interest in allowing workers to unionize.  The Court struck down Jones & Laughlin's argument that they were not involved in interstate commerce by holding that the company owned many other businesses throughout the country, in the aggregate, Jones & Laughlin were involved in interstate commerce, and as such, was subject to federal legislation under the commerce clause.