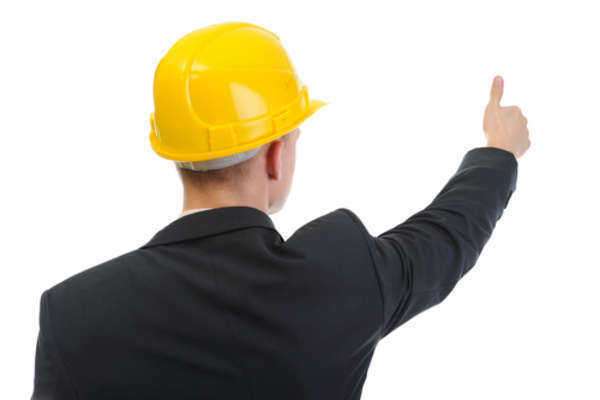 What is the WARN Act?

The WARN Act (Worker Adjustment and Retraining Notification Act of 1988) is a fundamental labor law of the United States which protects employees, their families and surrounding communities by requiring the majority of qualified employers (100 or more employees) to provide a minimum of a 60-day advance notification of factory or plant closings. The Warn Act notice requirements effectively inform plant or factory workers of mass layoffs. This warning enables employees to begin their job search and transition their families to a time of unemployment.

Employees entitle to the WARN notice requirements include supervisors and managers, as well as salaried workers and employees who earn an hourly wage. The Warn notice requirements mandate that the notice of plant or warehouse closings should also be transferred to all employee representatives (labor unions), as well as the state dislocated worker unit and the local chief elected official.

Who is covered under the WARN Act?

In general, the warn regulations state that all employers with over 100 employees (excludes employees who have worked less than 6 months in the calendar year and those who work less than 20 hours per week) are required to offer advanced notification of a warehouse or factory shutdown. Employees who are entitled to the warn act notice requirements include supervisors, managers, hourly-wage workers and salaried employees. As such, the following employees will not receive advanced notification according to the warn act:

•Regular federal, state or local government employees are not given notification under the Warn Act

•Consultants, business partners and contract employees who are assigned to the closing business, but who do not have connected relationships with one another are not subject to advance notifications under the warn act

•Business partners, contract employees and consultants who are self-employed will not receive advanced warnings under Warn

What are the Exceptions to the WARN Act?

The Warn act advanced notice provision will not be activated when a covered employer engages in the following activities:

•If the employer closes an operating facility because of a worker lock-out or strike, and the closing is not meant to undermine the purposes of the Warn Act.

Furthermore, the Warn act will not be considered valid when the following coverage thresholds are not satisfied:

In addition to the exemptions listed above, there are three primary exceptions to the 60-day notice requirement. This notice; however, must be provided as soon as possible, even when the above exemptions apply. The employer, in these situations, must provide a statement of the reason for shortening the notice in addition to satisfying other notice requirements. The exceptions are listed below:

•Faltering companies: This exception is enacted before an operating site (plant or warehouse) is seeking capital or increased business and believes that an advanced shutdown notice would impede its ability to secure capital or future business. This desire to secure new

•Natural Disasters: This stipulation refers to the closing or mass layoff is the result of a natural disaster (drought, flood, earthquake, powerful storm, hurricane or tidal wave). In these cases, notice of closing can be delivered following the cataclysmic event.

•Unforeseeable Business Circumstances: Occurs when the closing or mass layoff of a business or operating plant is precipitated by business circumstances that were not reasonably predictable at the time the 60-day notice would have been implemented.

These exceptions are typically claimed by the employer in a bankruptcy filing. To review the exception and deem it valid or invalid, the bankruptcy court must determine how the Warn act applies. In most instances, the Warn Act’s notice requirements and the respective penalties will be applied to an employer running a business in bankruptcy (as oppose to closing it) and planning a mass layoff or closing before filing for bankruptcy.

Penalties for Violating the WARN Act:

Employers caught violating the Warn act and its coordinating provisions will yield a fine equal to the amount of pay and benefits for the period for the infraction occurred, up to the 60 day period. The fines associated may be reduced if the employer made voluntary payments to his respective employees—this is referred to as a “pay in lieu of notice.”

The United States district court system enforces the Warn act notice requirements. Representatives of employees, workers and units of local government entities may file individual or class action suits. In turn, the United States Department of Labor educated and informs employers and employees about the Warn Act and to provide assistance in comprehending the provisions within. That being said, the United States Department of Labor is not responsible for enforcing the provisions of Warn.

The Warn Act, which is a federal law, is copied and subsequently instituted at the state level. Several states have instituted similar acts that mandate the delivery of advanced notice to employees facing job loss as a result of plant closings or massive layoffs. For example, the California Warn Act requires an advance notice for layoffs, relocations and plant closing for all companies with 50 or more employees regardless of the effect on the percentage of workforce. This is to say that the California Warn act does not acknowledge nor practice the federal “one-third” provision for mass layoffs for company’s with fewer than 500 employees. Additionally, the California Warn Act applies to organizations with 75 or more employees, for both part-time and full-time workers.

The Following States and cities have implemented their own Warn Acts:

A number of states in America enact laws that establish ancillary responsibilities at the time of closings or layoffs. These provisions; however, do not typically mandate the delivery of advanced notice or severance payments to employees in a manner similar to the Warn Act. For example, Maryland and Pennsylvania utilize statutes that mandate the filing of certain disclosure statements when businesses are subject to takeover. Furthermore, the state of Connecticut requires all employers to maintain active health insurance for a certain period of time following the relocation of a company.